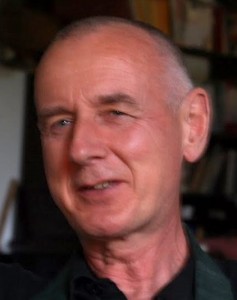 Mike was born in Dewsbury in October 1944. Having graduated with a degree in Electronic Engineering, he worked initially in the aerospace industry, then became a lecturer in Mathematics, Statistics, and Computing.

From his teenage years, Mike had a passion for rock climbing and mountaineering, which eventually led to a year-long expedition to the Himalayas in the late ‘60s and to his initial contact with the East. In 1977 he took a job in Japan, where he met his wife, Yoko, and they both became students of Gudo Wafu Nishijima, from whom they received Dharma transmission in 1989. During those years working and living in Japan, Mike worked on translating Dogen Zenji’s Shobogenzo with his teacher, and on editing and publishing the teachings and translations of Nishijima Roshi. This led to his establishing Windbell Publications, which produced the seminal four-volume Nishijima/ Cross translation of The Shobogenzo. He also made a translation and interpretation of Nagarjuna’s Mulamadhyamakakarika under the title Between Heaven and Earth and worked closely with Nishijima on the translation and interpretation of the books of koan stories assembled by Master Dogen – the Shinji Shobogenzo.

Mike returned to the UK in 1999 and since then has devoted his life and efforts to his students, teaching Buddhism and the work of Master Dogen. For a number of years he ran a weekly sitting group in Bristol, led monthly retreats in both Bristol and London, multiple three-day retreats in Britain, Ireland, the Czech Republic and Slovakia.

Since the end of 2011, Mike has taken a step back from the day to day responsibility of running sitting groups, partly in order to encourage his students to develop their own groups and partly in order to concentrate on other projects. But he remains a touchstone for our disparate and self-determined sitting groups; leading retreats and being on hand to answer the inevitable questions that arise from living our lives with zazen at its heart. We owe Mike an immense debt of gratitude for the time and effort he has devoted to us, for his dedication to teaching and clarifying Buddhism over the years since his return from Japan.”